for attending call outs to deal with children as young as 12 while they were in action.
The controversial teams were officially scrapped this week, but data shows the armed units were called out to several incidents involving children during the six-month trial. 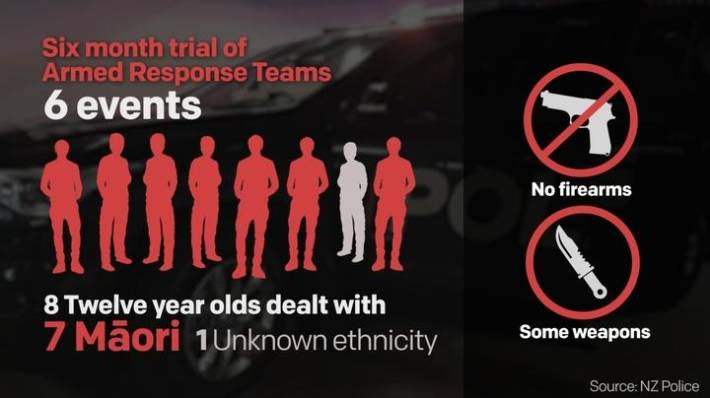 The Police Armed Response Team dealt with eight, mostly MÄori, 12-year-olds.
Armed officers dealt with six incidents involving a total of eight 12-year-olds - seven of whom were Māori. The other 12-year-old's ethnicity was reported "unknown".

Article and other associated information: https://www.stuff.co.nz/national/crime/300033012/armed-response-to-mori-children-absolutely-appalling